How to Beat the Shift

Pirates outfielder Gregory Polanco bats and throws left-handed. Like many left-handed batters, he tends to pull ground balls over the the right side of the field, between first and second bases. Here's a spray chart from FanGraphs of his batted balls since he was called up last season. The green dots are grounders. See all the ground balls on the right side of the field? 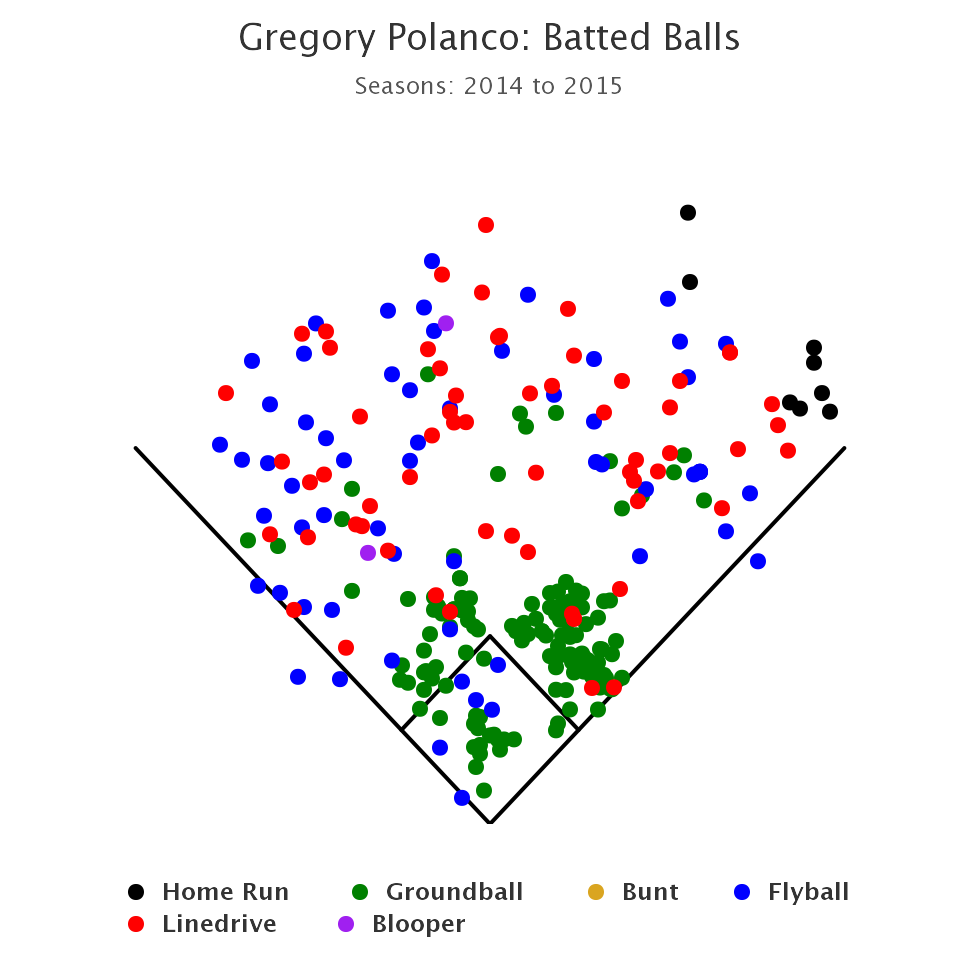 As a result of these tendencies, teams often employ a shift when Polanco's batting, with the shortstop standing on one side or the other of second base and the second baseman between first and second, leaving the third baseman alone on the left side of the infield. As I wrote back in January, the 2015 Bill James Handbook notes that shifts reduce the shifted batter's batting average by 30 points.

There are two solutions for shifts. One is to bunt against them. Here's a pretty good example:

You don't see a lot of bunt doubles. 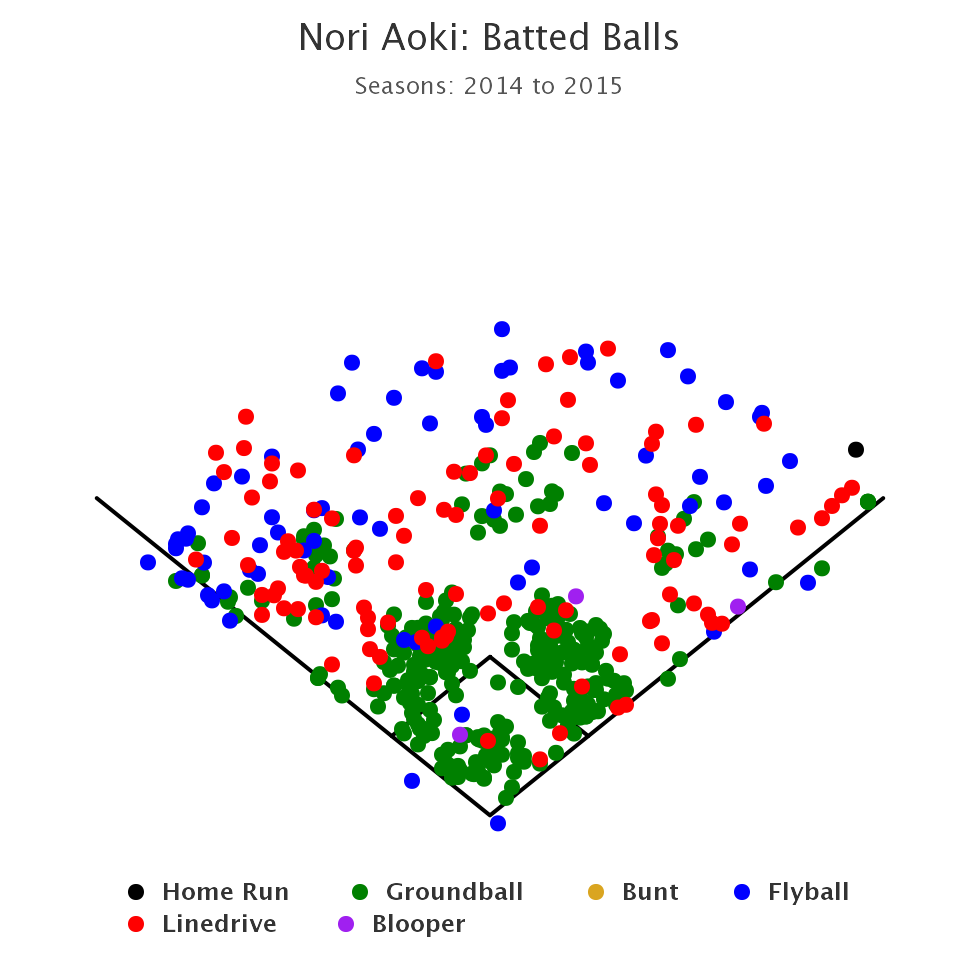 You won't see teams shifting against Aoki; he hits the ball all over the place. But he's the exception. Most players pull their grounders. For example, here's Pirates second baseman Neil Walker, who's a switch hitter. When he faces a right-handed pitcher, he bats left, and pulls grounders to the right: 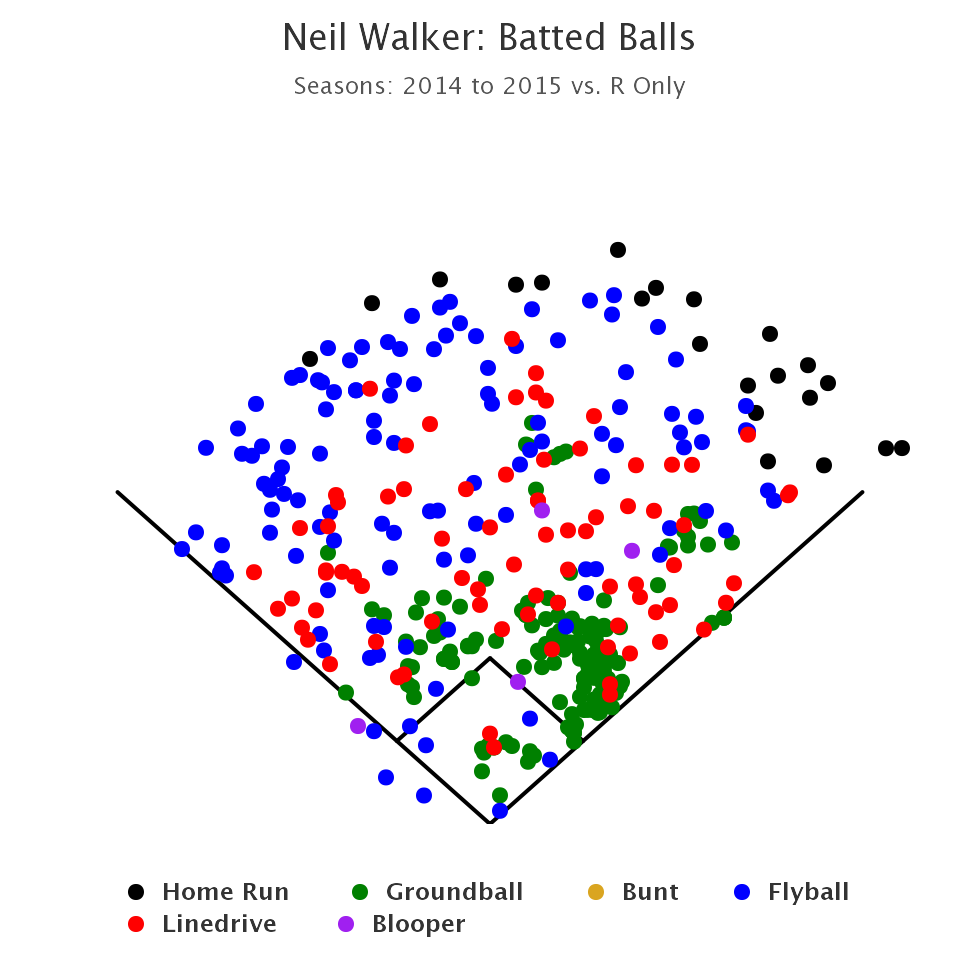 And when he faces a lefty, he bats right, pulling grounders to the left: 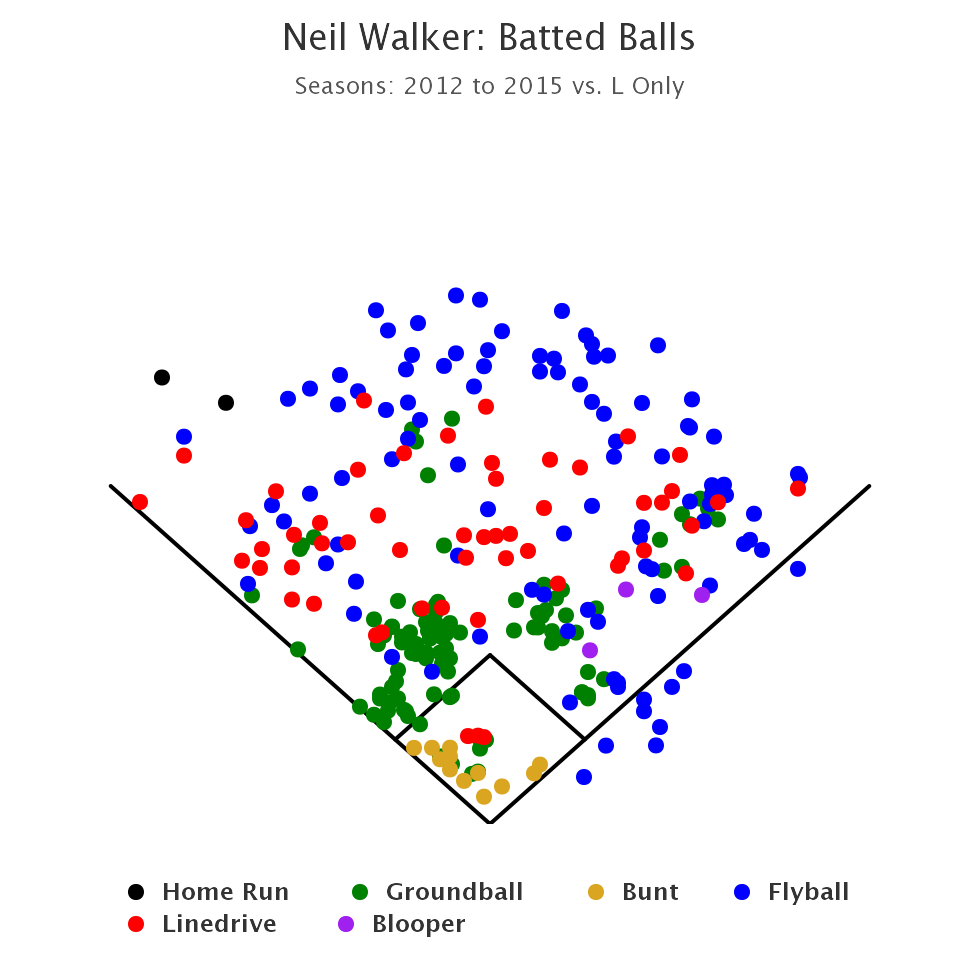 The point is, it's not easy for a batter to change his ways and stop pulling. There's a natural tendency for grounders to go the pull field. Going the other way is hard.

This brings us back to Polanco. As you could see from the chart at the top of this post, he tends to pull grounders. He came up in the seventh inning yesterday against the Cubs, one out, game tied at 4, runners on first and second. He ran the count to 3-2. Then Cubs lefty Phil Coke (note that Polanco has a career .180 batting average against lefties) threw a 96 mph fastball up in the zone (pitch number 8 in the chart below): 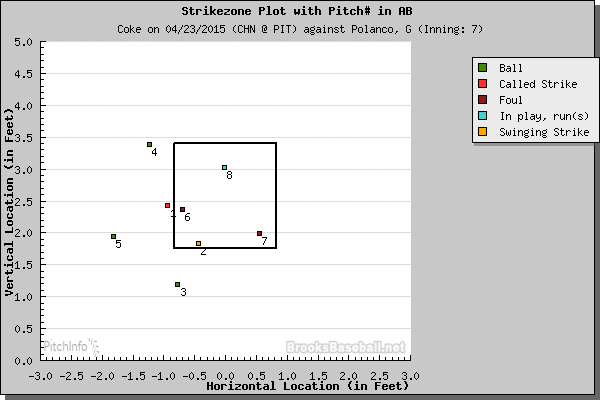 The Cubs were shifting against Polanco. Here's how the defense looked as the pitch came to the plate. That's first baseman Anthony Rizzo off the bag at first, second baseman Addison Russell between second and first, and shortstop Starlin Castro just to the left of second base. The runner at second, Josh Harrison, is behind the umpire, but you can see that he's farther from second than Castro, the shortstop. The three infielders are bunched to the right side of the infield, expecting Polanco to pull the ball over there. Third baseman Jonathan Herrera isn't even in the picture, as he's close to the bag to prevent a double and also to deny Harrison an easy stolen base. 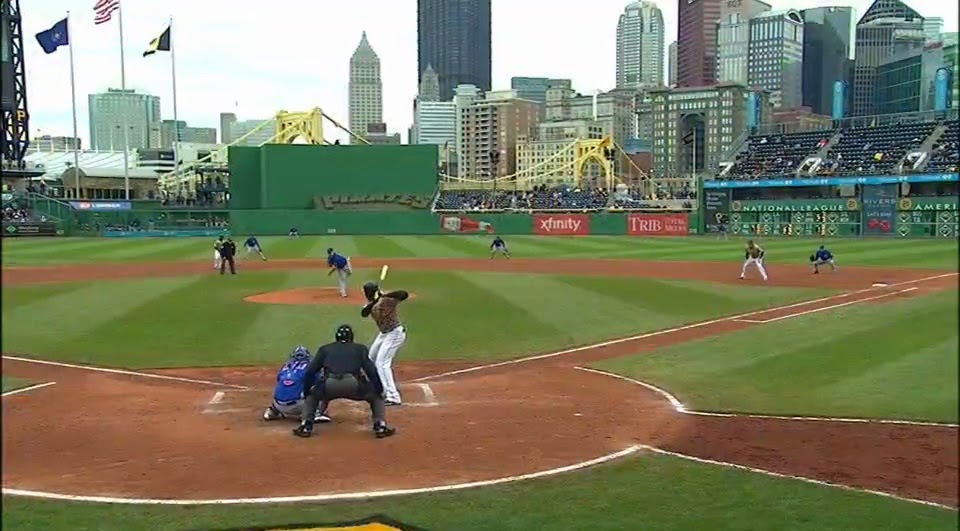 And here'w what Polanco did: Grounder to just about the exact place the shortstop Castro would be playing if he weren't shifting. Opposite field single to left, Harrison scores, 5-4 lead for the Bucs that held up. THAT'S beating the shift. (Here's the video of the play; unfortunately, it can't be embedded into this post.) 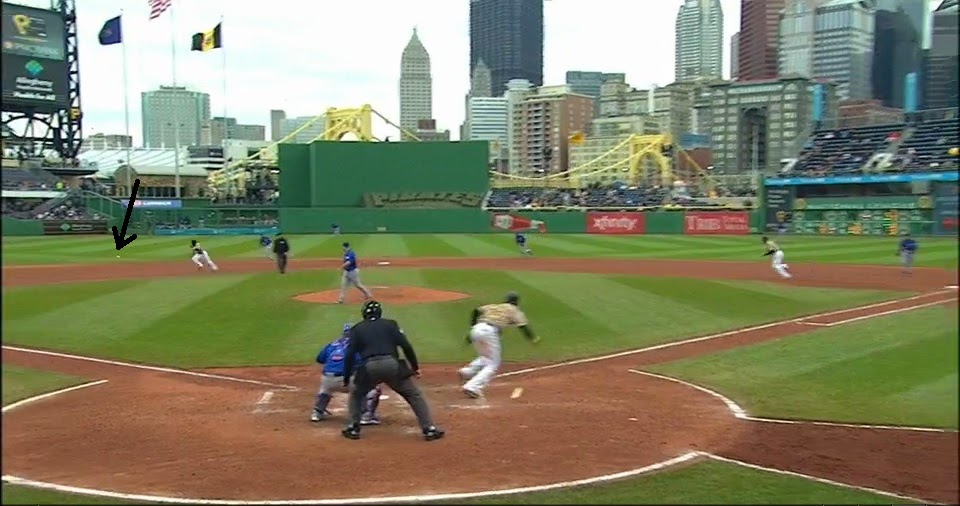