Trouble in the Shark Tank: Another Year, Another Struggling Closer

Mark Melancon, whose experience swimming with sharks off the New Zealand coast prior to the 2013 season led to the "Shark Tank" nickname to the Pirates bullpen, graduated from eighth-inning setup man to closer last season. That occurred because the Pirates' 2014 closer, Jason Grilli, had problems out of the gate. He blew three saves in April, wound up on the disabled list, came back in May to save three games but blew another save and got a loss in June, resulting in a trade to the Los Angeles Angels.

Grilli's a fastball-slider pitcher. Here's a chart of his pitch velocities, by pitch type by month, through the day he was traded last year: 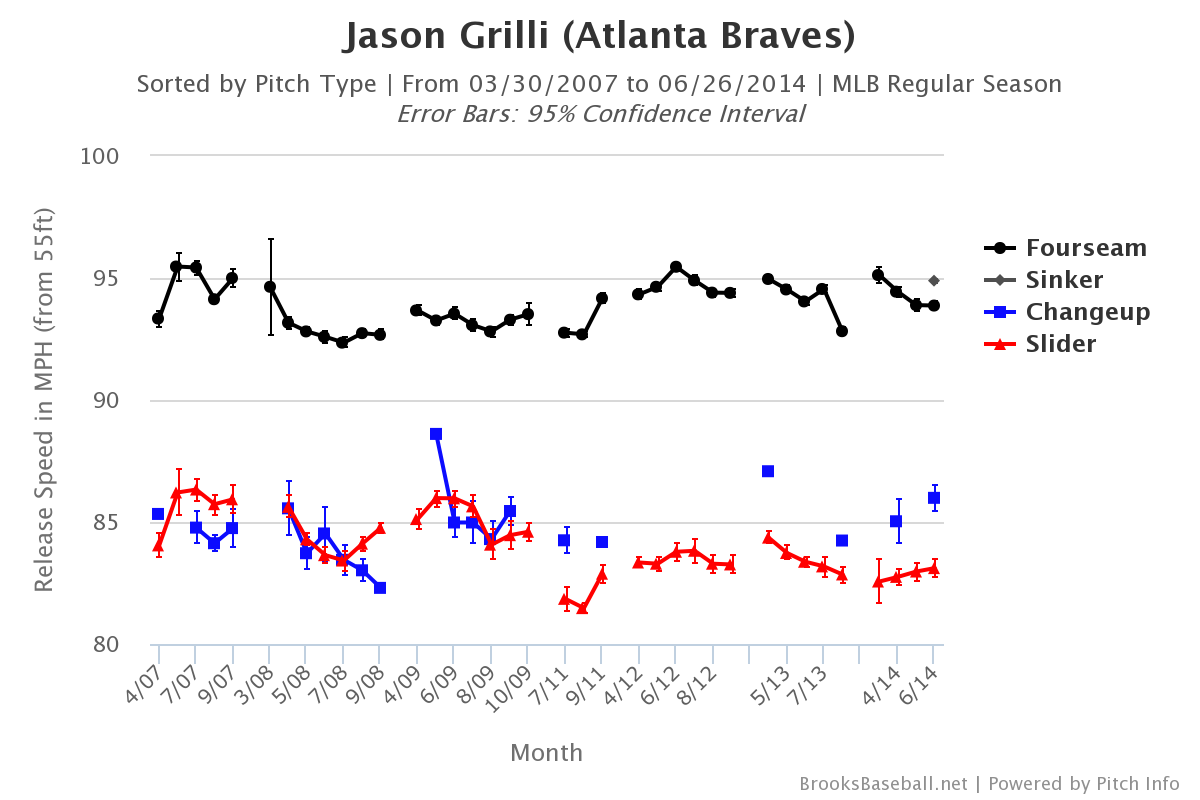 Now, Melancon. I touched on his loss of velocity last week. Travis Sawchik of the Pittsburgh Tribune looked into it in more detail. First, the velocity picture. 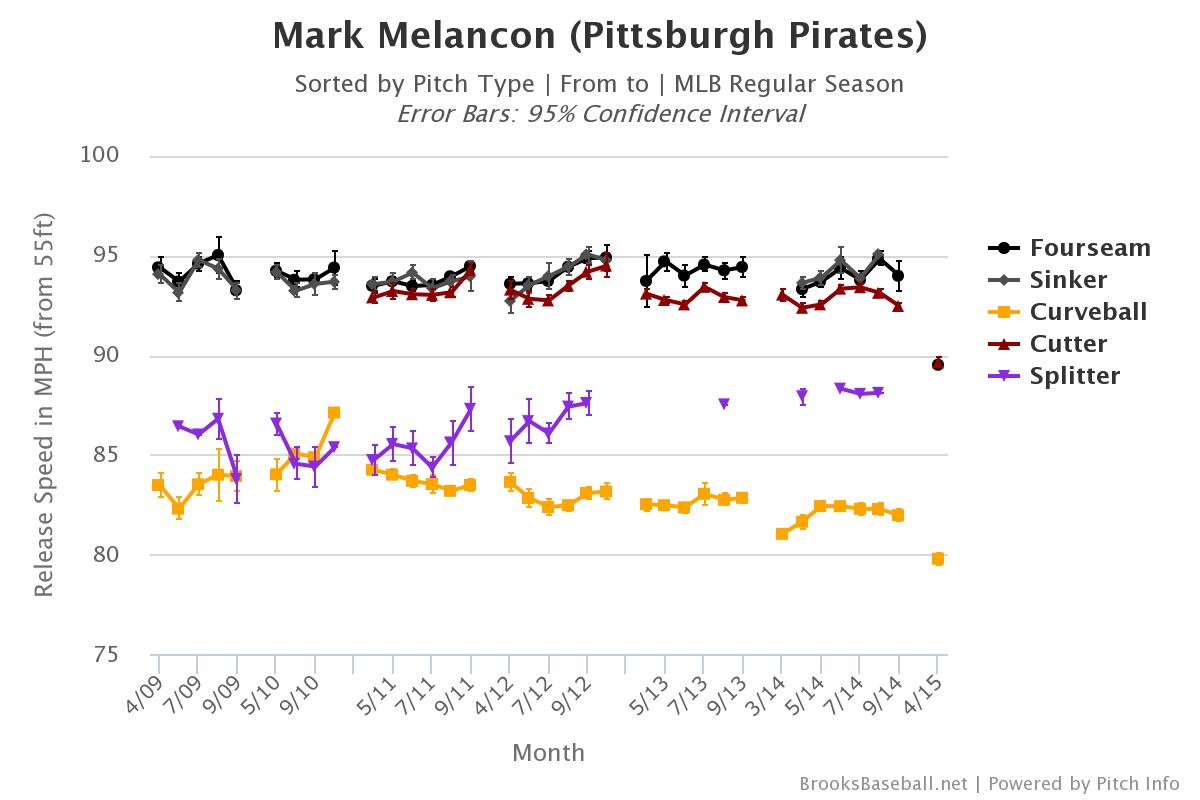 Melancon has two primary pitches: a cut fastball (the red triangle) and a curve (yellow squares). His curve velocity so far this year is 79.8 mph. It's been an 81-82 mph pitch for him historically. Worse (because curveballs aren't fast pitches), his cutter is averaging below 90 mph this year. It's never been below 92 mph for him, in any month, at any point in his career.

Less velocity has resulted in less success. Here are the numbers for Melancon's cutter from April 2013, April 2014, and April 2015:


The curve hasn't been as effective, either:

Look at the decline in whiffs. Batters were getting fooled by the cutter a fair amount and the curve a lot in 2013-14. He's getting fewer than half as many swinging strikes on them this year. He's not fooling batters.

Why is this? Well, in Sawchik's thorough analysis, he notes that Melancon's release point--the point in his delivery where he releases the baseball toward the plate--has moved. He's letting go of his pitches about two inches higher than last year. That's a lot. Here are the release points for his cutter from 2012 to 2015: 6.43 feet, 6.44 feet, 6.35 feet, 6.52 feet. As Sawchik points out, that's odd. So maybe his problem's something mechanical, and therefore fixable. Call me a pessimist, but I'm inclined to believe the dark side of this 2013 FanGraphs article by Bill Petti, that a loss of velocity in April is an (admittedly weak) indicator of injury, though, again, as Sawchik points out, an injury usually results in a lower release point. In any case, Melancon's doing something different, and that something's made him much less effective.

Last night's loss was tough. The Pirates gave up a run in the first, came back to take a 2-1 lead, immediately surrendered two more runs, and were behind 4-2 in the sixth when they scored three to take a 5-4 lead. The Cubs pulled even in the top of the seventh, but the Pirates scored three in their half of the inning with a dramatic two-out bases-loaded double by Jung Ho Kang. They were leading 8-6 when they handed the ball to Melancon. But while there may be something wrong with Melancon, it's worth noting that the 2015 Pirates are 6-8 after 14 games, just one game worse than the 2013 and 2014 wild card teams. And last night was Melancon's first blown save of the season. By April 21 last year, Grilli had already blown three. It's still only April.
Posted by Rob Mains at 3:56 PM