In my day job as an financial analyst, I followed publicly-traded companies. A big part of the job was analyzing the various moves they made. Often, this pretty easy and, in some ways, rote. Sometimes, it was more complex. And sometimes it really defied explanation. A company would make an acquisition, or get into a new line of business, or do some sort of restructuring, and it just didn't make sense. Investors would call me and say, "Can you figure out the rationale here?" Sometimes, I had to answer "No." However, in some cases (certainly not all), when I knew and respected management, I'd add, "But [name of CEO] is smarter than I am." I'm not saying you'd give the executive a free pass, but my feeling was that if one of these companies did something that didn't seem to make sense, there was a good chance, maybe better than good, that I was missing something because I didn't have the CEO's vision. 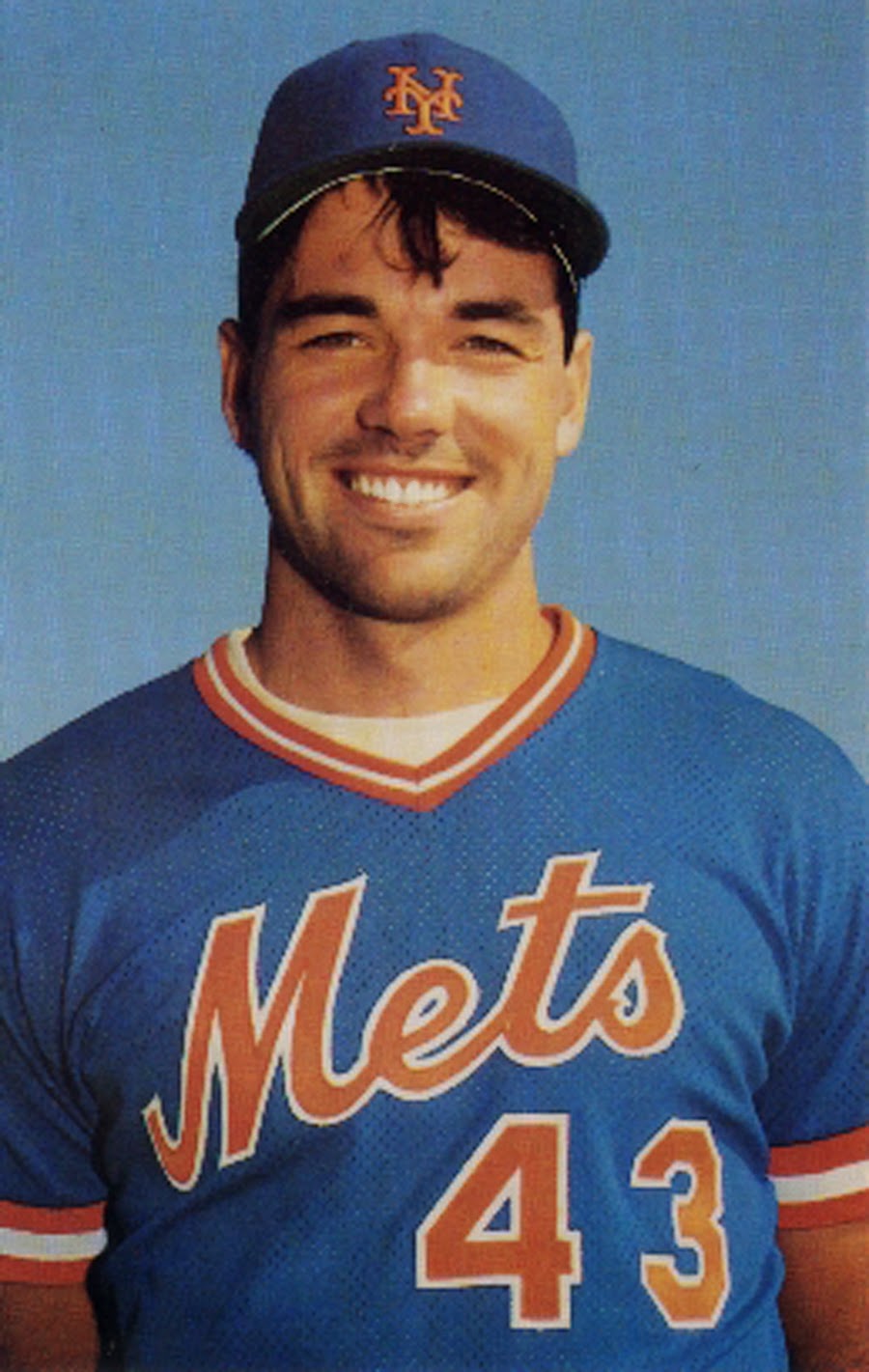 Billy Beane has been the Oakland Athletics' general manager since 1997. He's famous because of Michael Lewis's book Moneyball, which came out in 2003, and the movie by the same name starring Brad Pitt in 2011. The book and the movie celebrate how the A's, under his tenure, have remained competitive despite a shoestring budget.

It wasn't always that way. In 1991, the A's had the highest payroll among the 28 major league teams ($37 million) and drew the fourth-most fans (2.7 million). Since Beane came on board, though, the team's payroll has averaged 24th in the 30-team league, and the team barely drew 2 million in 2014. Nonetheless, they've been competitive. In the 15 seasons beginning in 2000, the A's have been to the postseason eight times and have had only four losing seasons. Their .545 winning percentage during that span trails only the Yankees, Cardinals, Braves, Red Sox, and Angels.

That's why I don't hesitate to say that Billy Beane is smarter than I am. Only eleven teams have had a winning record over the past 15 years, and of those eleven, the A's and the Twins are the only ones with below-average payrolls. (And the Twins have lost 92 or more games in each of the past four seasons.)

All that being said...I don't understand what the the A's are doing with their roster. Let's go back to July. I'm going to list their major moves.

Let's take stock of Beane's moves to that point. All of them were an attempt to get the A's to the World Series. Of the players added--Hammel, Samardzija, Gomes, Lester, Soto, and Dunn--only Samardzija remains with the club. The others are free agents and likely to go elsewhere, except Dunn, who's retired. As for the players surrendered, Russell remains a blue-chip prospect, while Cespedes is entering the last year of his contract (he'll be a free agent in 2016) and, it appears, likely to be traded by Boston.

Given the results for Oakland, one could consider Beane's moves failures. They didn't make it to the Series. They stumbled to the wild card game, finishing 10 games behind the Angels and only one ahead of the Mariners for the second wild card spot. They were eliminated in that game, a wild 12-inning 9-8 loss to the Royals in which they coughed up leads of 2-0 in the first, 7-3 in the sixth, and 8-7 in the twelfth.

But I'd submit that the game turned on a botched play in the first inning. With two outs, Royals DH Billy Butler singled, moving first baseman Eric Hosmer to third, and bringing up the Royals' best hitter, left fielder Alex Gordon. Butler is one of the slowest players in baseball, and Hosmer's nothing special on the basepaths, so it was clearly a situation for the runners to stay put and see whether Gordon could drive in Hosmer to tie the game at two. Instead, on an 0-2 count to Gordon, Butler took off for second before the pitch was thrown. Lester, pitching for the A's, fired to shortstop Jed Lowrie (another free agent unlikely to return to the A's, by the way). Caught in a rundown, Butler turned back to first, and Lowrie threw to first baseman Stephen Vogt. But then Hosmer broke for home, and Vogt threw him out, with Soto applying the tag. Hosmer barreled into Soto, who injured his thumb on the play, forcing the A's to lift him in the third in favor of Derek Norris, who doesn't have Soto's arm. The Royals wound up stealing six bases on Norris, paving the way to their victory. Had Soto stayed in the game, Kansas City likely wouldn't have been able to run wild, likely leading to a different outcome. That busted play in the first--a freak result of a really bad call by manager Ned Yost; who does a delayed double steal with two slow runners and your best hitter at the plate?--ended the A's season, at least from my perspective. Can't blame that on Beane.

Anyway, so now the A's face 2015 without a lot of the players that brought them within a fluke injury on a stupid play of a Divisional Series against the Angels. Here's what they've done since, again ignoring the minor moves:

Provided by Baseball-Reference.com: View Original Table
Generated 12/2/2014.
Remember, OPS+ is OPS adjusted for home park; Butler's 95 last year means he was 5% worse than the average American League hitter. Butler's moving from a ballpark, Kaufman Stadium, that suppressed homers for right-handed batters (per the 2015 Bill James Baseball Handbook) by 8% over the past three years to O.co Coliseum, which suppresses them by 10%. No favors there.

Okay, I can understand Butler and Davis if the A's are still in it to win it. Even last year's Butler is a big upgrade over what the A's trotted out at DH last season (.215/.294/.343 slash line, .637 OPS that was second lowest in the league). He can't run and he's pretty useless in the field (though he did start 35 games at first last year, his most since 2010), but he's an improvement. Davis drove Mets fans crazy with the gulf between his perceived potential and his performance, but he's been an above-average hitter every year of his career except 2013. Maybe you try to get younger at those positions if you're rebuilding, but you can do worse with Butler at DH (as the A's did last year) or Davis at first (the A's again: .230/.303/.381 slash line in 2014 vs. .233/.344/.378 for Davis) as a contender, provided you've got pop elsewhere in the lineup.

But then the A's traded the major source of that pop. Donaldson led the team last year in at bats, hits, runs, RBI, doubles, homers, walks, batting average, on base percentage, and slugging percentage. Plus, for the budget-conscious A's, he had four years of team control remaining before free agency (though he's likely to get expensive through arbitration). Maybe the A's think that moving Lawrie away from Toronto's Rogers Centre's artificial turf will help keep him in the lineup, and that'll help return him to his 2011-2012 form. Here's a comparison of Donaldson and Lawrie, 2011-12 and 2012-13:
Provided by Baseball-Reference.com:
Generated 12/2/2014.

And I'm leaving out one key detail, the only one that in my mind could make this trade work out a lot better than it looks on paper: Age. Lawrie turns 25 in January. Donaldson is 29 next week. He is older than everybody the A's have added since the season ended: everyone in the Blue Jays trade, Davis, and Butler. Four years is a big difference. In terms of peak, Donaldson's unlikely to get much better than he is now and is more likely to get worse than get better. Lawrie, by contrast, is entering what should be his prime years, assuming he can stay healthy. Now, there's a good chance that Donaldson's decline could be better than Lawrie's prime. That OPS gap of 124 points over the past two years leaves plenty of room for Donaldson to remain the better hitter as the calendar affects the two differently. And Rogers Centre's the easiest American League part for right-handed hitters to go deep, a benefit going forward for Donaldson and that Lawrie will no longer enjoy. But a return of the pre-2013 Lawrie could make the trade a lot more even. Then, if either of Graveman or Nolin pan out, and Barreto arrives in a few years and makes everybody forget Addison Russell, the trade will work in the A's favor.

There are a lot of ifs there. And strategically, it represents a change from the win-now strategy implied by the Samardzija, Lester, and, arguably, Butler and Davis deals to a build-for-the-future stance. Beane probably isn't done yet, and he's got his track record in his favor. There are those (yes, smarter than I) who like the trade. But I have a hard time justifying the return he got on one of the most valuable properties in baseball, and I have a harder discerning the A's strategy going forward.

But then, Billy Beane's smarter than I am.
Posted by Rob Mains at 3:59 PM