Tonight's the last game of the 2014 season. Does history tell us who's going to win?

Yesterday (I'm sorry I didn't read it until today), ESPN's Jayson Stark had a piece about how the Royals, as the home team for the last two games of the Series, have an advantage. Specifically, here are two of his datapoints:


Starting in 1982, the home team has gone 22-3 in Games 6 and 7. And yes, you read that right. We said 22-and-3. That's an .880 winning percentage. Which makes no mathematical sense at all. If you subtract those 25 games, the winning percentage of home teams in all other World Series games, including this year, is just .540. Amazing.No home team has lost a Game 7 in 35 years, since the Pirates won their last title in Baltimore. Since then, road teams have lost eight straight Game 7s. 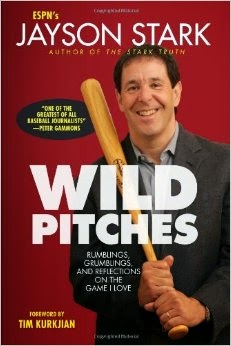 Now, my purpose here isn't to call out Jayson Stark. He's a great journalist. His coverage of the game is passionate and humorous, and he's an old-school print journalist who's not afraid to bring on new concepts. His latest book is on my reading list. And the statistics he cited have the virtue of being, you know, correct.


Did something significant happen in 1982 that changed the way the game's played, making the post-1982 record more relevant to today's game? We'd already gone to the modern bullpen: In 1982, reliever Bruce Sutter got a win and two saves for the champion Cardinals, while Brewers reliever Bob McClure had two losses and two saves. It was the tenth year of the designated hitter, so that wasn't a new thing, though the practice at the time was that the DH used was used throughout the Series in even-numbered years and not at all in odd-numbered years. (The current rule of using the DH only at the American League park began in 1986). It's hard to see that minor DH change making the home team suddenly invincible. Stadiums have gotten a little smaller (shorter fences) and the fields slower (grass replacing artificial turf), but that shouldn't change the home-field advantage. In short, the game didn't really change. So neither should the outcome of the last two games of the Series.

On another Game Seven topic, a friend asked me, "Rob, I'm looking game 7 starters and thinking to myself 'whatever happened to aces that pitched games 1,4,7?'" My quick answer was, "That went the way of the four-man rotation." Turns out there's more to it than that.

Part of the reason for the infrequency is that the current pattern of two games, off day, three games, off day, two games didn't emerge until 1957. Still, there have been 23 seven-game series since then, and pitchers started 1-4-7 only ten times (22% of possible). Prior to 1957, there were seven pitchers who got three starts in a seven-game series, but they weren't in games 1, 4, and 7. Since then, there have been 18 such pitchers, including three pitchers in each of the 1962 and 1965 World Series and the Cardinals' Chris Carpenter in 2011.

But I was wrong about the four-man rotation. The only pitchers among those to have started at least 39 games in a 162-game season or 37 in a 154-game season--reasonable indicators of a four-man rotation--were Wood and Holtzman. (Black was a reliever who'd started only two games in the regular season when he was called upon to start three games in the 1952 Series.)

So I suppose the answer to the question is that aces pitching games 1, 4, and 7 was never really all that common in the first place.

And one other Game Seven note: Yesterday on SiriusXM, Steve Sax was speculating on whether Madison Bumgarner might pitch in Games Six or Seven after throwing 117 pitches in a complete game shutout on Sunday. Sax said that Bumgarner could, or even start one of the games. After all, said Sax, Babe Ruth, when a pitcher, would sometimes start both games of a doubleheader.

Babe Ruth started 147 games in his career. On Tuesday, July 11, 1916, he started the first game of a doubleheader against the White Sox. The box score shows that he pitched to one batter and didn't record an out. I assume he was pulled after just a pitch or two. (The story is that the Red Sox starter that day, Rube Foster, wasn't ready for the start of the game, so Ruth threw some pitches while Foster completed his warmup.) Anyway, he started the second game as well, pitching a complete game in a 3-1 Red victory. That's the only game in which he started both games of a doubleheader, and it really doesn't count.
Posted by Rob Mains at 2:42 PM